Diego Molano Vega is an international consultant on Digital Transformation of Companies and Governments. He was the Minister of Information and Communication Technologies (ICT) of Colombia from 2010 to 2015. He transformed his country with his policy plan “Vive Digital”, which aims to reduce poverty and create jobs using technology.

During his tenure, Colombia expanded all the elements of the digital ecosystem, not only infrastructure, but also, services, applications and users. Internet coverage extended to low-income homes and rural areas. 4G-LTE, Fiber optics and high-speed networks expanded to all municipalities, even those in the middle of the Amazon jungle. Every rural community with more than 100 inhabitants has an Internet community center. Education, health, banking, ecommerce, and government services were transformed with ICT, increasing their availability, reach and efficiency.

Mr. Molano has a long career in the technology industry, including high level executive positions in multinational companies such as BellSouth (now AT&T) in the US, Telefonica in Spain and Ascom in Switzerland. He has had responsibilities in more than 20 countries. He has been board member of international organizations and corporations in the telecommunications, TV, radio and postal services sectors.

He is currently Senior Advisor to the Inter-American Development Bank, Senior Advisor to McKinsey & Company in Washington DC, and member of the Advisory Committee of the New Economy to the OECD in Paris. Mr. Molano, as President of the Board, is guiding the transformation of Area Andina, a university with 30 thousand students from low income families in Colombia, to become a leading education institution for the digital economy. He is also a Board Member of Solidaridad por Colombia, one of the largest NGOs impacting almost 1 million Colombians from low-income segments, and of Banco Davivienda, one of the main banks in Latin America that operates in Colombia, Panama, Costa Rica, El Salvador, Honduras and the city of Miami in the United States. In Paris, Diego Molano is Chair of the group that fosters the development of the Information Society at ICC (International Chamber of Commerce), the largest business organization in the world.

His leadership and expertise in innovation and ICT policies have been recognized worldwide by major organization such as the Mobile World Congress, the United Nations, the Organization of American States and publications such as The Wall Street Journal and The Washington Post. He is a regular speaker at international venues such as the World Economic Forum.

Mr. Molano is an Electronics Engineer from the Xavier University in Colombia and holds a Masters in Economics from the same university and an MBA from IMD in Switzerland. In 2018, Mr. Molano was promoted to Captain of the National Police of Colombia. 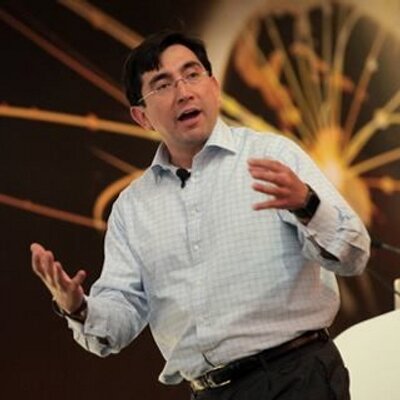